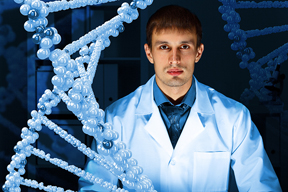 Biotech stocks can be controversial and tend to have their ups and downs among the investment community. However, the biotech industry is getting a shot in the arm with news of biologics flooding the wires.

Biologics are different from traditional drugs because they are manufactured in a living system, such as a microorganism or plant or animal cells rather than being made with synthesized chemicals. And because of the strides made in this biotechnology specialty, it is attracting the attention of big pharma.

All the major players are looking to capture their share of a market that IMS Health analysts estimate will rise to 0 billion by 2020. In short, if the analysts are on the money, biologics will command nearly one-third of all spending on drugs in the next few years. Couple this with a marketing plan to the public that highlights biologics as natural derivatives instead of synthetics, and it’s easy to see why so much money is being poured into this area.

With patent expirations drawing near, and companies looking to get a leg up on their competition, the pharma big boys will be looking to boutique firms in this space to get an edge on next-generation therapies.

Enter Endonovo Therapeutics (OTCQB: ENDV), a biotechnology company that is developing a bioelectronic approach to regenerative medicine through its premier platform, Cytotronics. While most biologics are formed using recombinant DNA technology, “Endonovo is falling back on its technology which dates back to research at NASA seeking to develop stem cells and medical devices to treat potential injuries that astronauts might encounter during long term missions in outer space.” In this way, the company is using Time-Varying Electromagnetic Field (TVEMF) technology to increase the therapeutic properties of stem cells. This, says the company, is accomplished through stimulation of magnetically induced electrical field pathways of cells and tissues.

Endonovo’s mission is twofold: to validate the potential of injecting “enhanced” or “trained” stem cells, but also to deliver a cocktail of therapeutic proteins that could exert their influence over inflammation while promoting tissue healing.

For more information on the company and its work, visit www.endonovo.com.